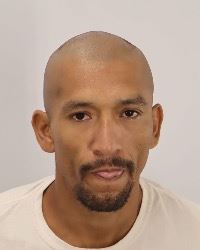 It was 7:46 pm on Thursday September 8th 2022 when  deputies in Mecca were flagged down on 5th Street in Mecca.

A 42 year old female told them she had been kidnapped, beaten, strangled with a belt, and held against her will for more than 8 hours.

The victim survived, and suffered moderate injuries and was treated at a local hospital.

During the investigation, the suspect was positively identified as 29 year old Daniel Gamez Zaragoza of  Thermal.

Just after 3 in the morning on Sunday September 11th  2022  Zaragoza was arrested at his home on Pierce Street in Thermal.

Zaragoza was taken into custody without incident with the assistance of a Riverside County Sheriff’s Service Dog.

Zaragoza has been booked at the John Benoit Detention Center for attempted murder, kidnapping, domestic assault, and false imprisonment.