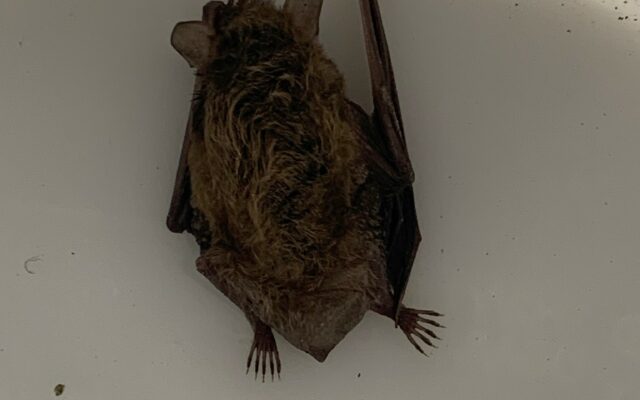 A Cathedral City woman is being treated for rabies after getting bitten by a bat.

Animal Services officers were called to the woman’s home around 2 in the afternoon on Wednesday August 31st 2022.

They found a bat in the woman’s bathroom, and the bat is being tested for rabies.

The woman told officers, she woke up when the bat landed on her shoulder.

She thought it was her dog and shooed her pet away twice.

That’s when she noticed the bat flying away, and she noticed  her legs were covered with red marks that looked like ant bites.

The woman received rabies post-exposure treatment at a local hospital, as a precautionary measure.

Bat found in Cathedral City home being tested for Rabies.