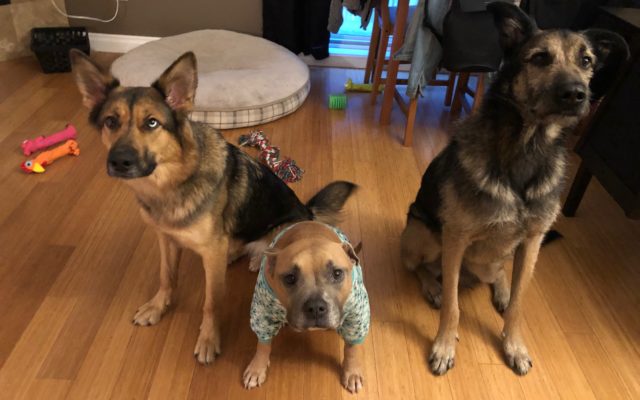 Sentencing is set for April 24th for a Riverside County woman convicted of 2 counts of felony animal cruelty.

This case has been going on since early 2017 when Susan Guillot was caught abusing animals and engaging in shady horse sales.

The cruelty involved several animals living in filth, and severe neglect of a pit bull dog named Karma (middle dog in photo above)  and a horse near Lake Elsinore.

The pit bull has recovered and found a home with an out-of-state animal rescue facility;  the horse was not so lucky and had to be euthanized.