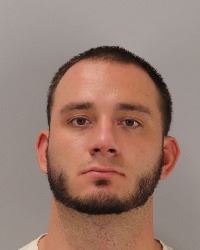 In the early afternoon of January 1st 2022, deputies found the body of 22 year old Travis O’Brien on Highway 111 in Rancho Mirage just east of the border with Cathedral City.

Hagar had a large quantity of narcotics on him, and was out on bail, when deputies arrested him in Rancho Mirage.

Anyone with information about this case should contact Investigator Hollingsworth at 951-955-1700.

The Riverside County Sheriff’s Department wants to remind citizens of the dangers of illicit narcotics many of which may contain Fentanyl. Fentanyl is a synthetic opioid that is 100 times stronger than morphine and can cause death or serious bodily harm.