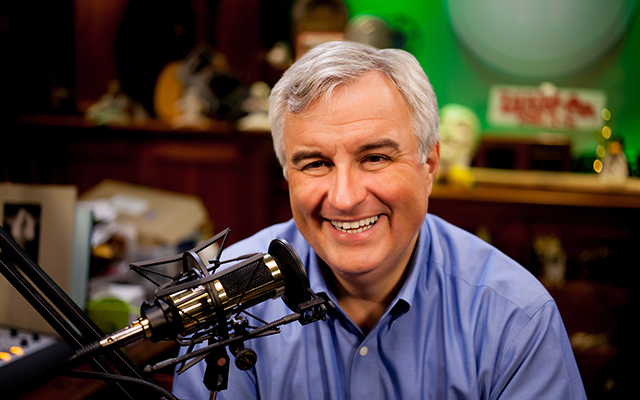 Leo Laporte is host of Leo Laporte – The Tech Guy, a technology talk radio show that is nationally syndicated by Premiere Networks on more than 350 radio stations.  In addition to making regular appearances on television and radio programs as a technology expert, Laporte currently hosts and produces the most popular tech podcasts in the world, including this WEEK in TECH, Security Now!, Windows Weekly, MacBreak Weekly, and This Week in Google on his TWiT Netcast Network – http://twit.tv.

Laporte has written software for CP/M, Macintosh, and PC compatible computers, and co-authored 101 Computer Answers You Need to Know.  He wrote four best-selling technology almanacs, including Leo Laporte’s 2003 Technology Almanac, which was named Pearson Publishing’s “Book of the Year” in 2003.

In 1991, Laporte created and co-hosted the syndicated Dvorak on Computers, which also broadcasted on the Armed Forces Radio Network.  In addition, he hosted Laporte on Computers on KSFO and KGO radio in San Francisco; the weekly TV show Internet! on PBS; and The Lab with Leo, a daily hour-long television show which aired in Canada on G4TechTV and Australia on the HOW-TO Channel.

Laporte served as managing editor at Ziff-Davis Television, where he wrote and co-hosted The Personal Computing Show airing on CNBC, and hosted two shows on TechTV, a 24-hour cable channel dedicated to computers and the Internet.  He also created and was a daily contributor to The Site, an hour-long technology newsmagazine that aired nightly on MSNBC, CNBC International, and NBC Superchannel in Europe and Asia. Laporte’s work on The Site earned him an Emmy Award in 1997.