OC Felon Finds Trouble In The Desert; Getting First-Hand Look At Interior Of County Jail In Indio 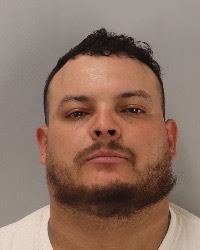 Deputies stopped a car on Estado Avenue in Coachella around 12:30 in the afternoon on Thursday December 30th 2021.

Rochin is a felon, and is on probation.

A search of another location on Avenue 52 in Coachella turned up a truck belonging to Rochin, with an illegal rifle behind the driver’s seat.

A search of Rochin’s home in Westminster led to deputies finding more than 1-thousand fentanyl pills, cocaine and ammunition.

He was booked into County Jail in downtown Indio on various drug and weapons violations.