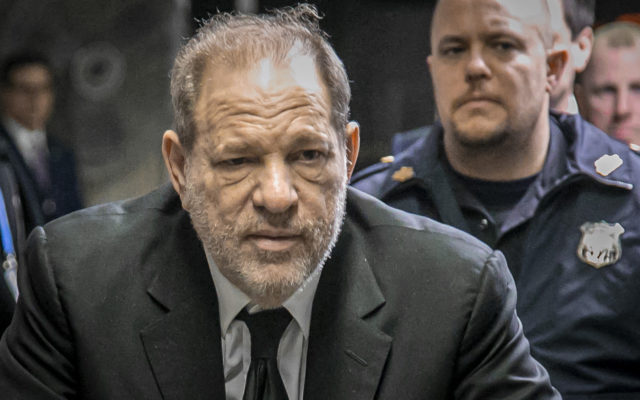 One day after being extradited from New York, disgraced former film producer Harvey Weinstein has pleaded not guilty to sex crime charges in Los Angeles.

His entourage wheeled him into the downtown L-A courtroom in a wheelchair on Wednesday July 21st 2021, where he was charged with sex crimes against 5 women.

The feeble 69 year old Weinstein is being held without bail in Los Angeles.  He’ll be back on court July 29th 2021.

His legal team is working to get 3 counts dismissed, of the 11 Weinstein is charged with.

Weinstein has already been sentenced to 23 years in prison in New York, where he is serving time, after he was convicted of a criminal sex act against a former production assistant and raping an aspiring actress.

They filed additional charges against him in October 2020,  alleging he sexually assaulted two other women in Beverly Hills.

A grand jury indicted Weinstein on the same charges March 15th 2021, while his extradition was still pending.

Weinstein could face a potential maximum of 140 years to life in state prison if convicted as charged of four counts each of forcible rape and forcible oral copulation, two counts of sexual battery by restraint and one count of sexual penetration by use of force, according to the Los Angeles County District Attorney’s Office.