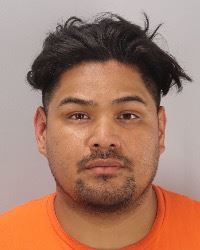 There’s been another undercover bust in La Quinta, with 9 people arrested for sex trafficking.

Here’s how they did it.   The deputies  placed decoy advertisements on several popular websites which are used for online prostitution.

Then they waited for prospective customers to reply to the phony ads.

The deputies agreed to  meet these customers at a set location, to engage in certain sexual acts for a set price

When the customers showed up for some action, the only action they got was a trip to county jail.

The customers clearly did not know they were dealing with undercover police.

The undercover investigators also posed as customers themselves, and  arrested females who had placed escort ads online.

Here are the suspects:

Albert Mendiola is one of 9 suspects arrested in a sex sting operation in La Quinta CA June 22nd 2021.