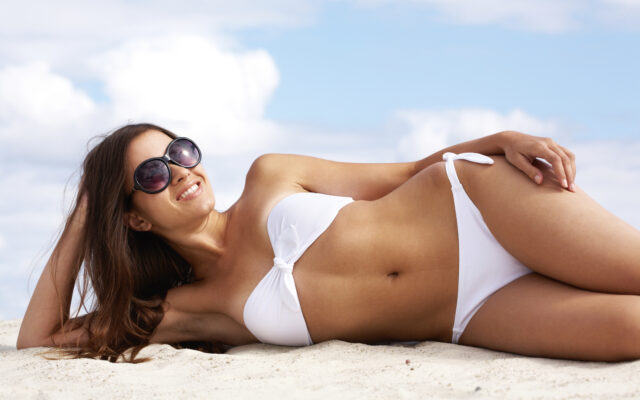 Woman lying on her side at the beach, in a skimpy white bikini. Photo from Alpha Media Portland OR

Nantucket Massachusetts has become the first city in the United States to allow everyone to hit the beach…topless.

That would be men and women.

The Attorney General of Massachusetts  has given the green light to a proposal passed by Nantucket voters which allows topless women at public and private beaches.

Special interest groups have been protesting nationally the fact that men can hit the beach topless but women cannot.

They have argued that requiring women to cover up their chests at a public beach is discriminatory and sexist.

Well, so in the name of equality, Nantucket is now allowing everyone to take off their shirt.

If you feel more comfortable keeping your shift on, you can, whether you are a man or a woman.

But you can also go topless if you choose.

Nantucket is an upscale vacation island off the coast of Cape Cod.

Woman lying on her side at the beach, in a skimpy white bikini.