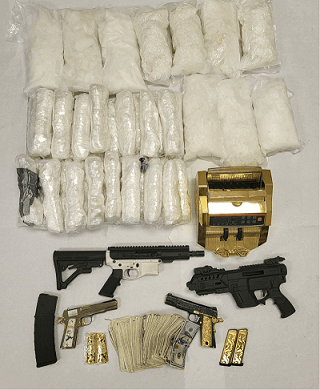 A 23 year old man from Coachella is spending time locked up in Indio.

You can find Juan Gasca Nava at the County Jail after he was busted on Friday afternoon November 4th 2022 by the Coachella VAlley Violent Crime Gang Task Force.

A search of a home on Tyler Street in Coachella, and another on Senegal Place in Indio led to the confiscation of 62 pounds of suspected methamphetamine, as well as evidence indicative of narcotics sales.