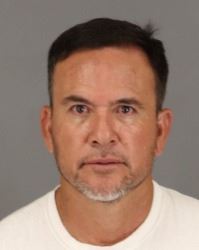 A 49 year old man from Menifee is under arrest, facing charges of lewd acts with a minor.

On May 3rd 2022, deputies from the Palm Desert Station began to investigate a sexual assault that occurred on  Pierson Boulevard west of Little Morongo Road, about a block away from the Elks Lodge in Desert Hot Springs.

The investigation revealed that on July 18th  2021, a 15-year-old female was sexually assaulted by her soccer coach while the girl was in the area visting family.

Sheriffs officials report the suspect made contact with the girl again on February 5th, 2022, while the victim was at a business  on Winchester Road in Temecula.

The victim’s parents subsequently reported the incident to law enforcement and the Palm Desert Investigations Bureau assumed the investigation.

On September 22nd  2022, at 12:27 A-M, Rosario Navarro Gonzalez was located at his residence on Adams Avenue in the City of Menifee.

He was arrested without incident, and is now in county jail in Murrieta.