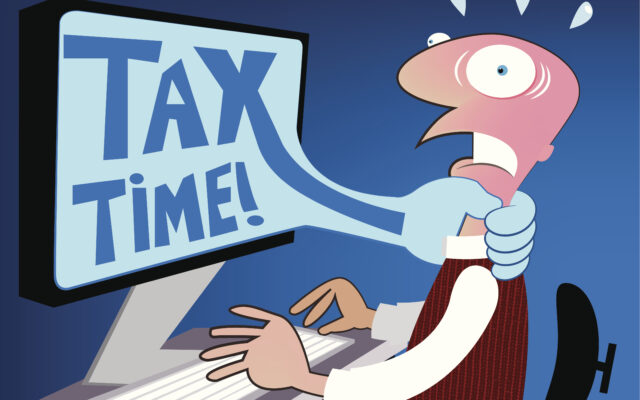 Tax time! A hand reaching out of a computer screen, strangling a taxpayer as he sits at a computer keyboard. Photo from Alpha Media Portland OR

The latest efforts to raise taxes in California comes in the form of a tax on wealthy people whether they want to stay in California or leave.

The tax is 1.5% and for starters, it would be slapped on anyone who even dares to work hard enough to amass a new worth above 1 billion dollars.

But in 3 years, the tax would also hit people worth 50 million dollars, with a 1% tax.  And it would to assets held outside California too.  If it becomes law, it could generate more than 21 billion dollars a year for California politicians to spend as they want.  The money would go to the General Fund

Democrats in the California Legislature tried to pass this tax in 2020, and pushed it through the Assembly, but the State Senate defeated it.

This current version also gives elected officials in California the authority to go after you if you decide to leave the State and move to another state that has lower tax rates.

There are similar efforts to tax wealthy people in other very liberal states like New York and Connecticut.

Tax time! A hand reaching out of a computer screen, strangling a taxpayer as he sits at a computer keyboard.