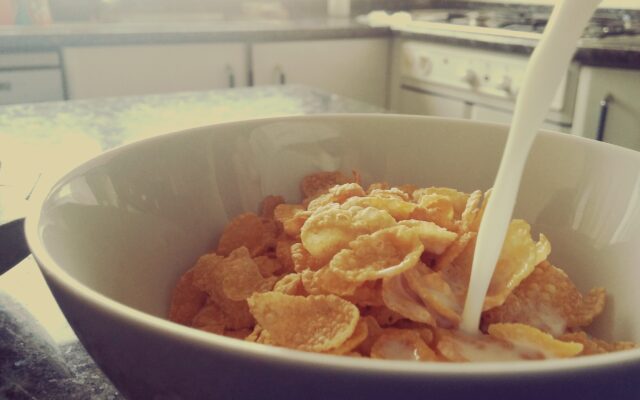 A bowl of cereal, with milk being poured over the cereal. Photo of Alpha Media Portland OR

Look for the cost of your favorite  Kellogg’s cereal to go up if union members ratify the latest contract.

14-hundred members  of the Bakery, Confectionery, Tobacco Workers, and Grain Millers union are voting on a new labor contract with Kellogg’s.

If they ratify the deal, they will head back to work right after Christmas 2021.

The new labor contract is a five-year agreement that includes pay raises and better benefits for rank-and-file workers.

Because Kellogg’s won’t accept lower profits, the only way to pay for higher wages and increased benefits for workers, is to raise prices on its products,

A bowl of cereal, with milk being poured over the cereal.

Photo of Alpha Media Portland OR