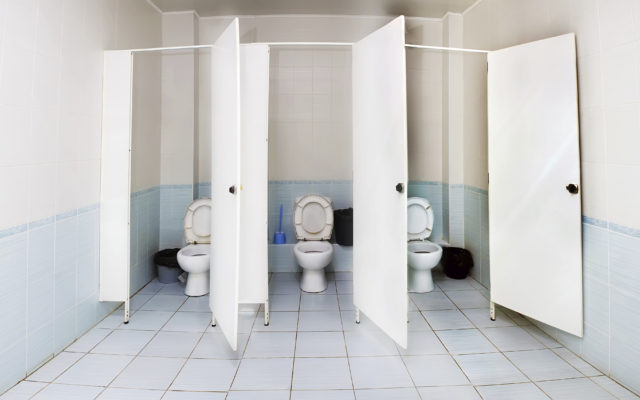 The American Civil Liberties Union, ACLU,  is filing a lawsuit over an Oklahoma law that requires students to use the public restrooms, based on the student’s gender when they were born.  Boys would use the Boys Room, Girls would use the Girls Room.

The law does not allow for students to use the restroom based on which gender the student now identifies with.

The ACLU is  suing the Oklahoma  Department of Education, three school districts In Oklahoma, and several state officials, calling the law a “cruel and unconstitutional attack.”

The restroom policy was part of a Oklahoma Senate bill passed in 2022  requiring  Oklahoma schools to allow parents to review sex education materials used in classes.

The lawsuit filed by the ACLU claims the restroom policy violates the 14th Amendment of the Constitution along with Title Nine.

Stalls in a public restroom.