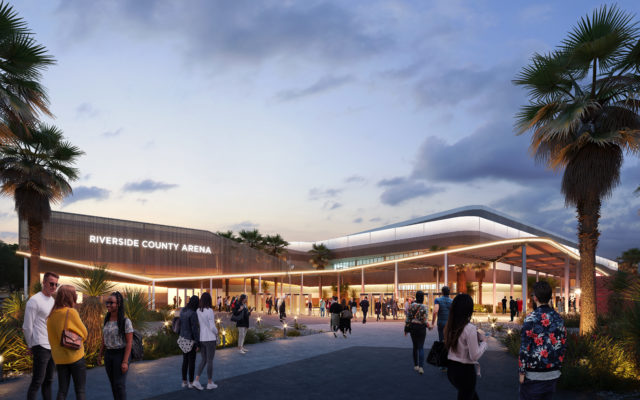 In February 2020, before Covid-19 rudely took over our world, a planned groundbreaking for a proposed hockey arena in downtown Palm Springs was abruptly cancelled.

That arena is back on the drawing board, but not in downtown Palm Springs.

Instead, the Oak View Group is teaming up with the venerable H.N. and Frances C. Berger Foundation to build a privately-financed sports arena on 43 acres of Riverside County land near Interstate 10 and Cook Street.

The 300-thousand square feet arena will have more than 10-thousand seats, and premium suites, and will host the American Hockey League affiliate of the new NHL franchise, the Seattle Kraken.

In Sept. 2019, the arena was earmarked for 16 acres of tribal land in Downtown Palm Springs belonging to the Agua Caliente Band of Cahuilla Indians, a federally recognized Indian Tribe.

“After more than a year of good faith negotiations we were unable to finalize an agreement with the Agua Caliente tribal leaders for OVG to lease, develop and operate the privately funded arena,” said Tim Leiweke, CEO of Oak View Group. “We appreciate the ongoing support and encouragement from the community and are very pleased to be partnering with the Berger Foundation who share our vision for creating a world-class venue for the Coachella Valley and what will be one of the most premier music and professional sports arenas in the world.”

“As a local La Quinta resident, I am excited about having a world-class arena built,” added Irving Azoff, co-founder of Oak View Group. “The venue will be a major must-play destination for top talent and be the ultimate fan-friendly showcase for both valley’s sports and entertainment attendees.”

“The Berger Foundation has always seen the potential of this property. We prepared the land many years ago for a project exactly like this arena and ancillary businesses and have since been actively seeking developers to create a world-class campus for the Coachella Valley and its visitors. We are deeply invested in seeing this project through as the benefits to the community are vast, including permanent jobs and activities for our area’s children and families,” said Douglass A. Vance, vice president of real estate for the H.N. and Frances C. Berger Foundation.

The Seattle Kraken’s AHL Franchise, led by David Bonderman and OVG, will play in the new arena once construction is complete. Groundbreaking and construction are scheduled for 2021. The arena is expected to open in the last quarter of 2022.

“On behalf of David Bonderman and our ownership group we are excited to share this vision of a championship AHL Franchise in a spectacular arena in one of the most beautiful communities,” said Tod Leiweke, CEO of the Seattle Kraken. “This new arena will offer a great game day experience from parking to puck drop and house a state-of-the-art training center. We will engage our fans in the Valley starting with the Kraken’s launch in 2021 as we sequentially build toward the launch of our AHL franchise.”

Live Nation Entertainment, the world’s leading live entertainment company, will continue to work as a strategic partner and supply the new arena with its large stable of top touring artists and premium live events.

“We’re proud to work with Oak View Group and the Berger Foundation on what will no doubt be an amazing venue. This new arena creates the opportunity for the whole region to enjoy incredible concerts and our entire touring team is truly excited and looking forward to delivering a significant calendar of annual concert events,” said Bob Roux, president of Live Nation, U.S. Concerts.

The arena will also include the new AHL Team Hockey Training Center, which will be used by the public for youth hockey, figure skating, and adult ice skating. The Coachella Valley’s last ice skating rink, the Desert Castle, located in Cathedral City, closed its doors in March after ten years. The new facility will allow area figure skaters to continue to train while eliminating the need to commute to facilities in neighboring areas.

In addition to sports and entertainment, the arena will accommodate conventions, large meetings, international events, as well as award shows and exhibitions and will be privately funded at no risk to Riverside County taxpayers. Construction of the new arena is expected to create hundreds of permanent and temporary jobs for the community.

With a focus on the prioritization of technology, sustainability, and green initiatives, the world-class arena will be built for music and host the best and biggest names in the music industry on an annual basis, as well as serve as a home for artists to rehearse before the start of their respective tours. 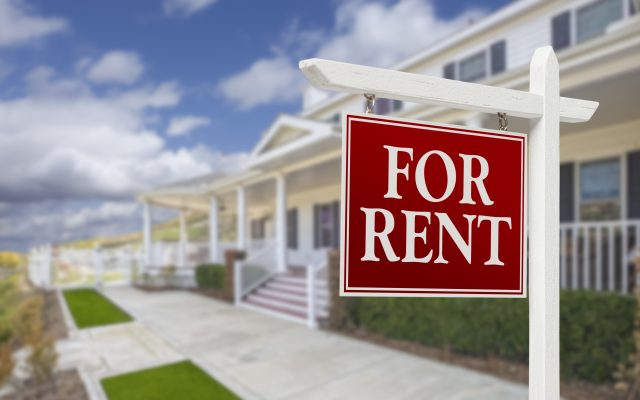 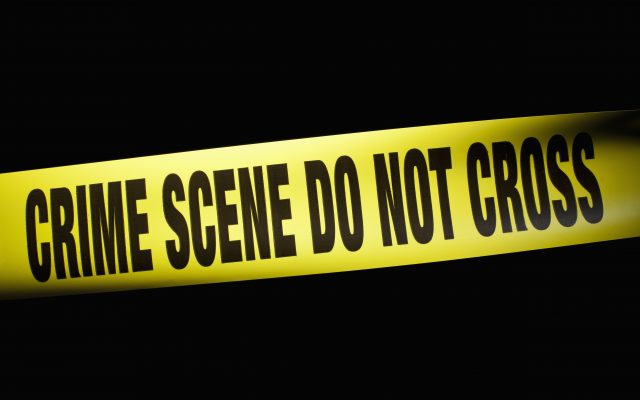 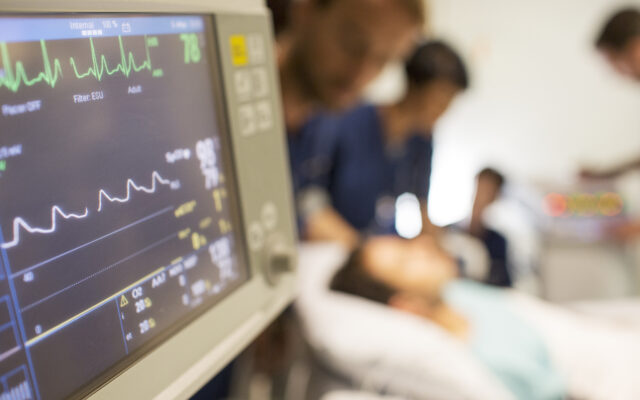