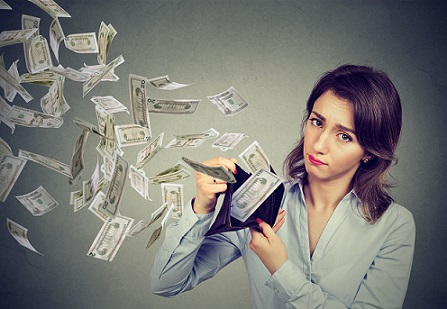 Sad woman showing her wallet with dollars being sucked out of it. Photo from Alpha Media Portland OR

There’s a new measure on the November 8th ballot in California.

Joseph F. Wiedman of Broad Street in  Cloverdale  California gathered more than 685-thousand signatures to get the measure on the ballot.

This measure, like many in California, is once again going after successful people who are doing well financially.

If passed by voters, it would increase the state income tax another 1.75%  on anyone with an income of more than 2 million dollars.

State government would get as much as 4 and a half billion dollars in additional revenue…each year.

What would the State of California government do with all that money, considering its has a 97 billion dollars surplus right now?

20% for wildfire prevention and suppression programs, with priority given to hiring and training firefighters.

It could cost California taxpayers as much as 3-hundred million dollars just to hire people to handle administration of this program.

Sad woman showing her wallet with dollars being sucked out of it.