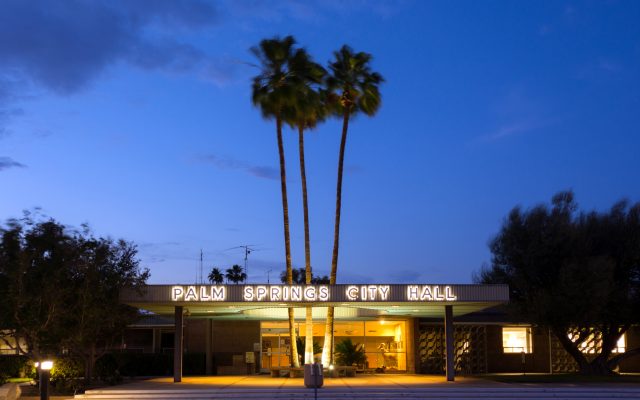 The plans for a College of the Desert campus on the property of the old Palm Springs Mall and the fate of plans for a C O D automotive technology center in Cathedral City, are big topics of conversation around the desert of late, and even gorgeous desert weather and Santa and the reindeer can’t stop the political bickering.

One battle is over whether a proper ‘needs assessment’ has been conducted about the proposed West Valley Campus.

Palm Springs Mayor  Lisa Middleton has received an email from Dr. Martha Garcia, the new College of the Desert Superintendent and President, the email stating that a needs assessment was indeed conducted for the college’s long planned West Valley Campus in Palm Springs.

The leadership of our region and my city came together in support of the broad vision for College of the Desert that would be inclusive of the entire Coachella Valley. As we all know gaining and sustaining support for public education is as important as it is difficult. One of the many unique features of our region has been the long-standing broad support for public education and higher education across the region and across the political spectrum.

As an elected leader, I would be negligent were I not to be clear that the broad public support that the College of the Desert has earned and held for many years is at risk. Public trust is at issue.

The City of Palm Springs remains committed to taking all action necessary to see that the promises made are kept. The approved vision of the West Valley campus was a transformative community college campus. A campus that would provide our region’s community college students learning experiences and opportunities typically found only in university settings.

It is a campus that builds on the unique synergies of Palm Springs and the west valley. We hope that the current College of the Desert administration shares this vision and will work with the City of Palm Springs and leaders across our region in those efforts.