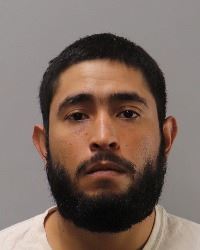 On Thursday December 23rd 2021 Sheriffs deputies served a search warrant at a home on Avenue 66 in Mecca at 7 in the morning.

It was part of an ongoing weapons investigation.

Deputies found a rifle and a handgun, ammo, and large capacity magazines.

Neither gun had a serial number.

They arrested a 17-year-old boy, and 24 year old Alonso Espinoza (photo above).

Espinoza is already a convicted felon, who was out on bail, and now is facing additional felony gun charges.