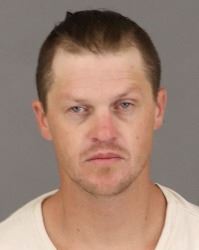 A Temecula man has been arrested in connection with several burglaries during  June and July 2022 in the Temecula area.

The burglaries were at local wineries, golf courses, and businesses.

An extensive investigation has led to the arrest of  32-year-old Tyler James Goulet from Temecula.

He is the primary suspect in the burglaries.

Deputies grabbed him on a home on Bedford Court in Temecula on Saturday August 27th 2022.

They also confiscated evidence from his home.

A second suspect has been identified as 36-year-old Perry Walter  of Temecula . Walter is a white male adult, with black hair and hazel eyes. He is 5’10” tall and weighs 170 pounds. The Sheriffs Department is seeking the public’s assistance in locating him.

Anybody with information on the whereabouts of Walter can contact Deputy Shawn Pourier of the Southwest Station’s Agricultural Team at (951) 217-4402.