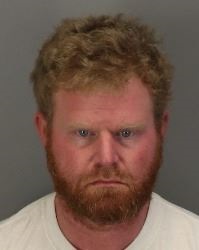 Exactly one year ago, on August 12th 2021, at 4:36 in the afternoon, Desert Hot Springs Police were dispatched to a home on Flora Avenue to help an unresponsive woman.

When officers arrived, they determined 32-year-old Noel Roscoe was having a medical emergency due to fentanyl poisoning.

She was rushed to a local hospital where she died from acute fentanyl toxicity.

On Thursday August 11th 2022,  36 year old Chad Hill of Desert Hot Springs was arrested and charged with murder for providing the fentanyl that killed Ms Roscoe.

Hill is jailed in Banning on several charges related to narcotics sales.

The investigation is ongoing and anyone with additional information is encouraged to contact Investigator Hollingsworth at 951-955-1700.

As a reminder, the Riverside County Sheriff’s Department wants to remind citizens of the dangers of illicit narcotics many which may contain fentanyl.  Fentanyl is a synthetic opioid that is 100 times stronger than morphine and can cause death or serious bodily harm.