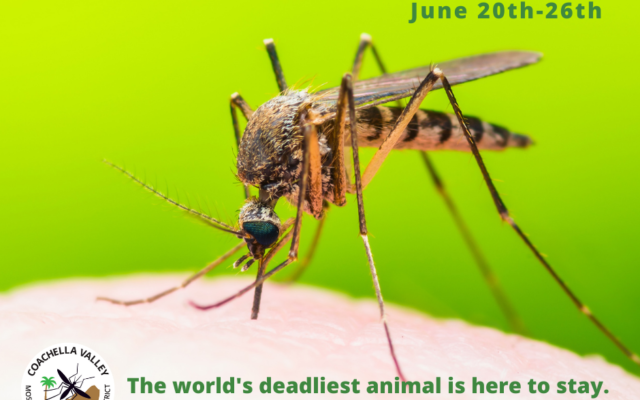 Aedes aegypti is one such mosquito. Found in the Coachella Valley in 2016 the Aedes aegypti is capable of transmitting viruses. None have been transmitted locally. The Aedes aegypti is a small black and white mosquito, known as an aggressive day biter, lives in urban areas with people, and is difficult to get rid of unless communities are willing to help.

Join us virtually June 20-26, 2021, as we share mosquito facts and protection tips against mosquitoes like Aedes aegypti.