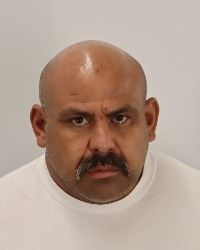 On Tuesday September 20th, 2022, at 1:30 P.M., members of the Coachella Community Action Team (CCAT) attempted to stop a grey sedan in the area of Avenue 54 and Cesar Chavez Street in Coachella, due to erratic driving.

Based on the suspect’s driving actions, CCAT members believed the driver was operating a motor vehicle while impaired.

The driver of the vehicle failed to stop for deputies and a vehicle pursuit was initiated.

The pursuit lasted less than one minute and ended when the driver of the suspect vehicle stopped in a dirt lot at Shady Lane and Avenida Del Prado.

The driver, 44 year old Francisco Romero,  of Coachella, was taken into custody without incident.

Romero was found to have an active felony warrant for narcotic sales and appeared to be under the influence of narcotics.

The investigation revealed Romero discarded a loaded handgun and two extended magazines during the pursuit.

Those items  were located and seized.